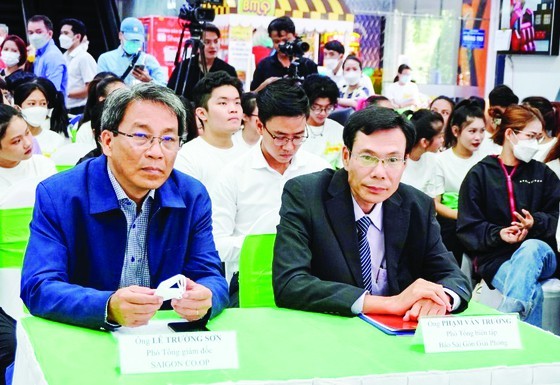 Speaking at the ceremony, Deputy Editor-in-Chief of the SGGP Newspaper Pham Van Truong affirmed that the Green Consumption Campaign has shown its effectiveness when it comes to establishing new consumption habits in the society which is beneficial to the environment.

At the same time, the campaign is also connected with the Earth Hour Campaign forming the oldest environmental activity chain in Vietnam. This is also the largest and exclusive environmental campaign in the country organized by the SGGP Newspaper.

Through two years of the Covid-19 epidemic, the community has more clearly recognized the importance of preserving the green environment and its quality. Resident Nguyen Thi Minh Thuy in Dong Van Cong Street in Thu Duc City said that she often chooses to buy food and household items from reputable brands for the community's sake.

According to Ms. Minh Thuy, when the southern largest city passed the peak of the coronavirus epidemic, people recognized that their health and the community's are extremely important. Therefore, they will be more responsible for buying consumer goods with an orientation towards a sustainable future.

Meanwhile, Director of Duy Anh Food Import-Export Company (Duy Anh Foods) Le Duy Toan, one of the pioneers in making watermelon vermicelli, and dragon fruit rice paper in the market, green consumption is the trend of all mankind. Currently, Duy Anh Foods' products are displayed on supermarket shelves in about 50 countries including difficult markets such as Japan and Korea.

Deputy General Director of Saigon Co.op Le Truong Son said that the Green Consumption Campaign aims to improve the quality of the living environment and protect the health of yourself and your family. At the same time, the Saigon Co.op has also launched the program ‘Accompanying green consumers’ in response to the promotion program ‘Shopping season - Shopping - Season 2022’ organized by the Department of Industry and Trade of Ho Chi Minh City in collaboration with other organizations.

According to Mr. Le Truong Son, more than 100 supermarkets and 500 convenience stores across the country, and thousands of businesses will directly participate in the display of green products and green production solutions. This is an opportunity to introduce the company's products that are committed to environmental protection and environmental friendliness. 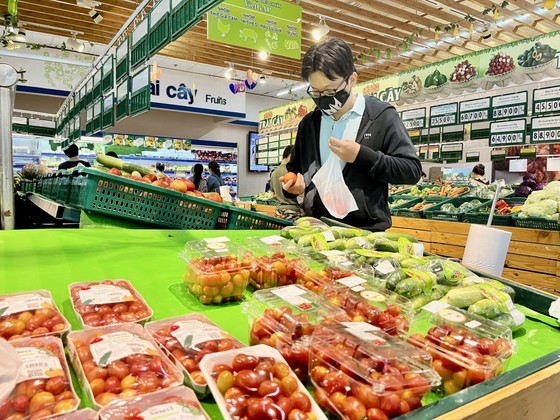 A special feature of this 2022 Green Consumption Campaign launching event is that the organizers connect online with Co.opmart supermarkets in localities, including the capital city of Hanoi, the Central City of Da Nang, the Mekong Delta City of Can Tho, and the Mekong Delta Province of Ca Mau and volunteer representatives of the campaign who are studying abroad in Finland and Japan.

The campaign will showcase that Vietnamese people and people in the world prioritize consuming green products.

Nguyen Hoang Anh Quan, an international student in Japan, said that people in many countries around the world have a high awareness of preserving the environment and consuming green products because they understand that what they do today affects not only the present but also the future.

Japanese people are very careful in sorting consumer waste with separate collection bags. It’s a good sign that people are more and more aware of and responsible for green living and green consumption especially in big cities, said student Quan.

Deputy General Director of Saigon Co.op Le Truong Son acknowledged that the Green Consumption Campaign is an opportunity for people and tourists to buy typical vegetables, fruits, and specialties throughout the country.

After three weeks of calling for volunteers to participate in the Green Consumption Campaign, the organizers received registrations from more than 9,000 volunteers at home and abroad. Besides, nearly 100,000 volunteers who are environmental lovers in other countries will follow and support the campaign through the Vietnam Earth Hour Fanpage.

With many specific solutions, the Green Consumption Campaign in 2022 will certainly spread throughout the country in particular and the Vietnamese community in some countries around the world in general. It is hoped that overseas Vietnamese, international students will join hands in promoting sustainable green economic development for Vietnam.