These Vietnamese citizens were rescued from illegal businesses in Cambodia by the Consulate General of Vietnam in coordination with the Preah Sihanouk Province in a campaign of inspections of foreigners to crack down on human trafficking launched on September 18-22.

These laborers were lured by fake offers of high-paid work in Cambodia and ended up in the hands of human traffickers and were trapped there. 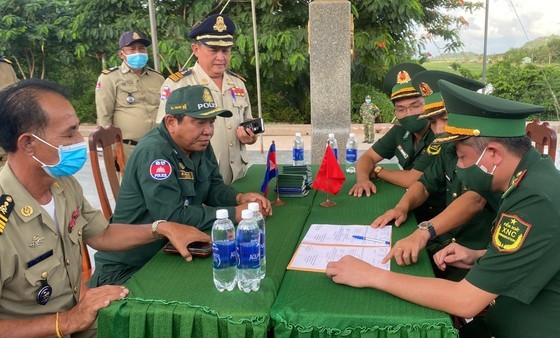 Competent agencies of Vietnam and Cambodia are completing procedures of the handover.

Most workers have identity papers, including 36 people having passports. Some of them have not got any identification documents that have been lost or kept by businesses. They were handed over to the border guard forces at milestone 313, Ha Tien International Border Gate after their paperwork and investigations were completed by Cambodian competent agencies.

Lieutenant Colonel Nguyen Huu Viet, Deputy Chief of Operations of Border Station, Ha Tien International Border Gate Border said that citizens who crossed the border with a passport will be allowed to enter the country in accordance with regulations while people who illegally left the country will be required to write a report and give a statement to the police. 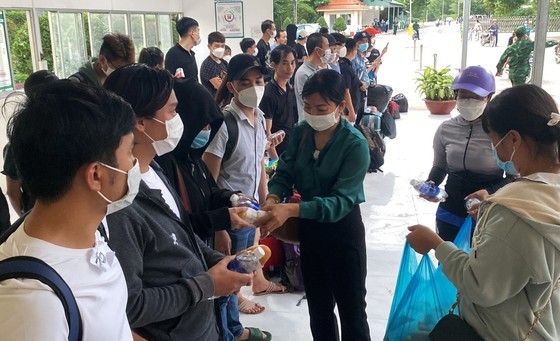 Vietnamese functional units provide breads and mineral water bottles to 226 citizens who returned their homeland after being rescued from illegal businesses in Cambodia.

The functional units will coordinate with the local police and authorities to verify the identities of their residents and issue administrative fines.

As of present, more than 1,200 Vietnamese workers have been rescued.